In honor of the start of Hispanic Heritage Month on September 15, 2019, below is a highlight of notable inventors of Latin American background with inventions patented by the United States Patent and Trademark Office (USPTO), with a special emphasis on Hispanic and Latin American women. 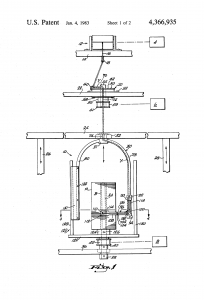 Country of Origin: El Salvador
Invention: “Device and process for spinning or twisting and winding yarn”, US4366935,

Her company is dedicated to making human milk more available for all babies.

Country of Origin: United States (of Mexican/Portuguese/Irish decent)
Invention: Silva has several patents in the beauty genre, US9,226,563.  Make-up enthusiasts might know her as the inventor of the Beautyblender.

von Ahn is quoted as feeling how most of us feel: CAPTCHAs are great for the added protection, but recognizes the wasted time spent solving them!

known as the inventor of color television

Inventor: Ellen Ochoa
Country of Origin: United States
Invention: Position, rotation, and intensity invariant recognizing method, US4,838,644 (one of three optics-related patents where she is listed as a co-inventor)

Her inventions contribute to the quality of images taken and, notably, she is considered the first Hispanic woman to travel to space.