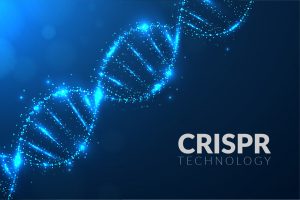 Researchers from University of California, Berkeley (and related parties) and The Broad Institute, Inc. (and related parties) continue to battle over who was first to invent CRISPR technology in a new patent interference (Patent Interference No. 106,115) declared by the U.S. Patent & Trademark Office’s Patent Trial & Appeal Board (“PTAB”) on June 24, 2019 and redeclared on August 26, 2019 to include four additional UCB patent applications.

If you are feeling déjà vu, that’s because these parties have already been through one patent interference over CRISPR technology (Patent Interference No. 106,048). The prior interference involved all of the claims of all twelve U.S. patents granted to The Broad Institute, Inc., Massachusetts Institute of Technology, and President and Fellows of Harvard College (collectively “Broad”) and all of the claims of one pending patent application filed by the Regents of the University of California, University of Vienna, and Emmanuelle Charpentier (collectively “UCB”).

Importantly, all of Broad’s claims involved in the prior interference were directed to CRISPR methods or systems being used in eukaryotic cells, whereas none of UCB’s claims involved in the prior interference were limited to any particular environment (e.g., a particular cell type). Based on this distinction, Broad filed a motion claiming there was no interference-in-fact since Broad’s claims are patentably distinct over UCB’s claims. The PTAB and ultimately, the Federal Circuit agreed. With a finding of no interference-in-fact, the interference ended without the need for consideration of the other issues raised.

Both parties filed their list of proposed motions for the pending interference on July 30, 2019. Of particular note, Broad requested to file a motion arguing estoppel based upon the prior interference. The PTAB authorized the filing of this motion and expedited the deadline for filing this motion by September 20, 2019 “because the issue of estoppel could be dispositive of the proceeding.”1

An important caveat here is that there was no actual “judgment” in the prior interference. The PTAB’s determination of no interference-in-fact terminated the interference before it proceeded to judgment. Broad preemptively addressed this potential issue in their brief, noting that the language of 37 C.F.R. § 41.127(a)(1) states, “A judgment disposes of all issues that were, or by motion could have properly been raised and decided.” (Emphasis in brief). Broad contends that since UCB could have properly raised claims to eukaryotic cells by motion in the prior interference, they are not entitled to another bite at the apple now.

UCB has until October 18, 2019 to file an opposition to this motion.